Review of "Art of More" on Crackle From The TV MegaSite

I tried watching it, but it's really boring. I don't like watching a bunch of soulless yuppies argue about art, and watching some soldiers steal art doesn't make it much more interesting. They just don't make the characters anyone I care about. Dennis Quaid plays a Donald-Trumplike guy, but he can't save this show. It's great to see Cary Elwes, playing a duller version of the one he played on "Psych."

It's only 10 episodes, so check it out. Maybe you have more patience than I do. I just couldn't get into it. I expected it to be better, based on other reviews I read. To me it doesn't have either a good story or interesting characters.

“The first hourlong drama series from Crackle is, well worth bidding on.”

“The best part is reveling in the evildoings of the one percent.” 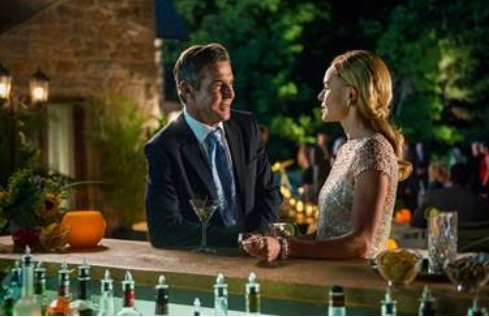 Viewers will not want to miss the premiere of Crackle’s first original scripted drama series, “The Art of More,” streaming all 10 episodes on Thursday, November 19th.  Set in the glamorous cutthroat world of premium auction houses, “The Art of More” is a seductive and thrilling new drama exploring the dark underbelly of a multi-million dollar business filled with hustlers, smugglers, power mongers, and collectors of the beautiful and the esoteric.

Whether buyer, seller or something in between, everyone in “The Art of More” is chasing something they badly want. And the more they want it, the more they risk taking the wrong turn. The 10-episode, hour-long series follows former soldier Graham Connor (Christian Cooke) who shakes off his blue collar, Brooklyn roots and gains access to an elite society through his connections with a smuggling ring he encountered during his tour in Iraq. Dennis Quaid, also an executive producer, stars as charismatic real estate shark Samuel Brukner, a Machiavellian master of money and power who is one part charm and one part intimidation. He is the life of the party but when it comes to his money, he can be both ruthless and corrupt. Cary Elwes is Arthur Davenport, a shrewd and eccentric world-class collector of art and illegal antiquities who mentors Connor (Cooke). Kate Bosworth portrays Roxanna Whitman, daughter of the CEO of one of the two warring auction houses. Although she was born into this exclusive world and thrives in it, she is riddled with insecurities that drive her to be a formidable executive in her own right.

A rock memorabilia auction is jeopardized when a Pete Townshend artifact is stolen. Two more smugglers from Graham’s past arrive in New York, luring him back into the smuggling business.  Roxanna Whitman (Kate Bosworth), Graham’s rival, signs a priceless art collection, only to find out it is not what it seems.

Written by Chuck Rose and Gardner Stern | Directed by Steven A. Adelson

A couple discovers millions in gold coins buried in their yard, and the auction house execs pull out all the stops to win their account. Graham joins Brukner on a weekend getaway in his effort to land his account. Uzay (Hamza Haq) and Demir (Saad Siddiqui) arrange for a Russian mob boss to buy one of the antiquities, setting up Graham in the process.

Written by Chuck Rose and Gardner Stern | Directed by Steven A. Adelson

An auction of Napoleon memorabilia brings an assortment of bidders. To increase the Swift collection's value, Roxanna enlists the aid of a forger. Graham steps up his game in order to finally land the Brukner account. Graham, Uzay and Demir meet up with the Russian mob boss to sell the mask.

An auction from Antarctic explorer Robert Falcon Scott’s expedition becomes a contest between personal inspiration and public education. Graham and the smuggling gang regroup in the aftermath of the Russian disaster. Graham brings girlfriend Elizabeth (Savannah Basley) home on the anniversary of his father’s death. Roxanna finds herself the target of blackmail.

The opinions in these articles are those of the writer and do not necessarily reflect the opinions of The TV MegaSite or its other volunteers.

We need more episode guide recap writers, article writers, MS FrontPage and Web Expression users, graphics designers, and more, so please email us if you can help out!  More volunteers always needed!  Thanks!

Back to the Main Reviews Page